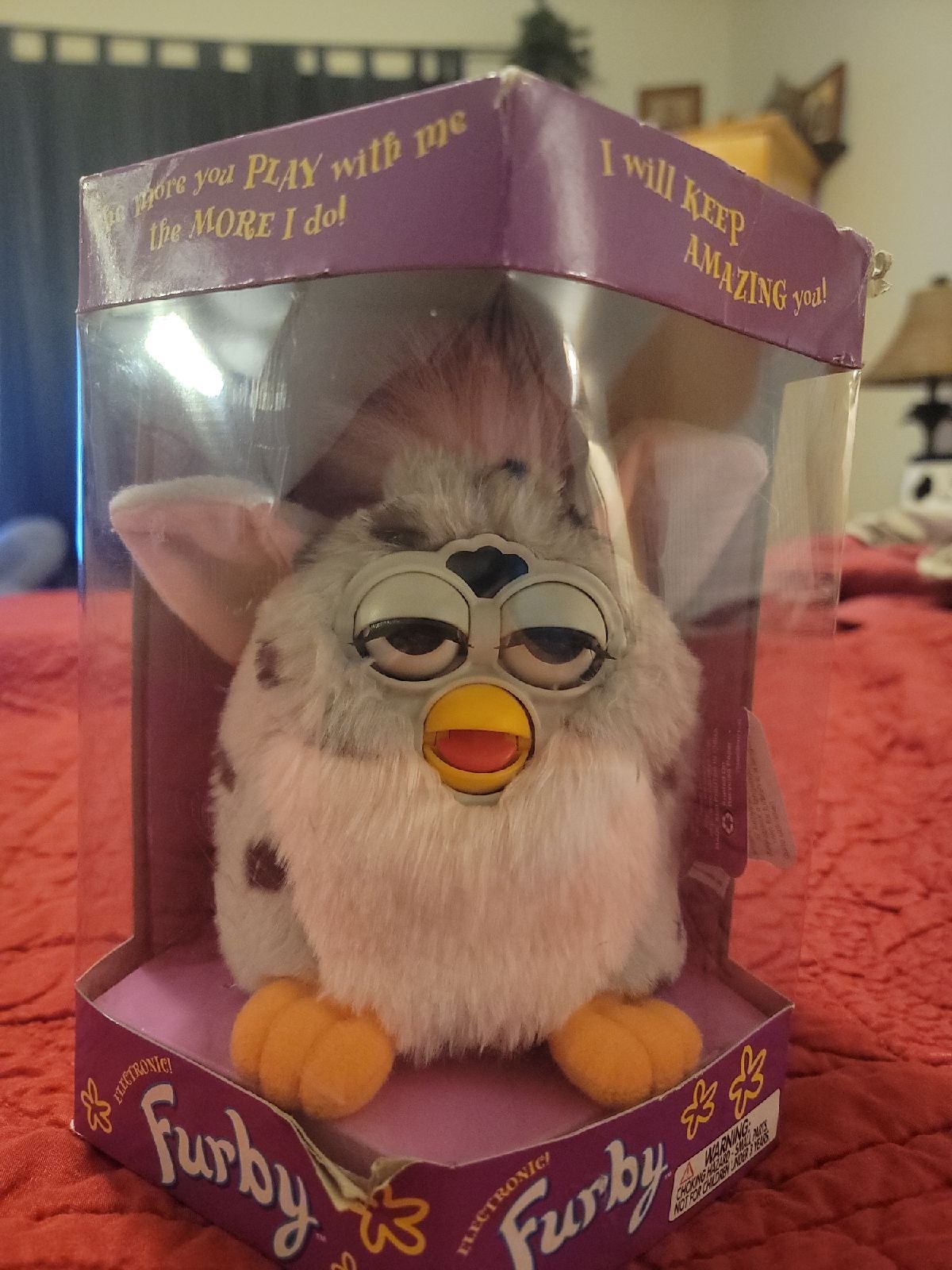 This is a rare 1998 Furby Gray Leopard with Pink Hair. Box is imperfect and was purchased in this condition. The backstory is that my mom wanted to buy this for me as a child, and this was the last one available after a bunch of adults were fighting over it. She ended up finding another one for me to play with and put this one away because he looked "high" :-P It has never been used.